Steadily tacking a course, some leads have sunk without trace, others have led to exciting new waters but throughout, it has been fascinating to learn more about this plucky Dunkirk Little Ship and there’s still much more to uncover!

To the Scottish Maritime Museum

The local Boys Brigade salute Skylark IX as she leaves, by road, for an outline condition survey and emergency repairs at the Scottish Boat Building School at the Scottish Maritime Museum on Irvine Harbourside. The team continues to raise funds for larger scale repair.

To the River Clyde Boatyard

Skylark IX is towed from the River Leven across Loch Lomond to Cameron House, lifted out of the water by Galt Transport and taken to the River Clyde Boatyard in Clydebank for safekeeping and initial repair.

The Vale of Leven Remembrance Day Association, Leven Cruising Club and Alternatives come together to form the Skylark IX Recovery Trust to save her. Alternative clients and volunteers fundraise carrying out some amazing feats!

After deteriorating under water for two long years, Skylark IX is afloat but the future is uncertain until….

Skylark IX’s hull is pierced in a collision and she sinks at the moorings two days after the 70th Anniversary of Dunkirk.

As the cost and time it takes to maintain her ageing hull becomes prohibitive, the Sweeney family retire Skylark IX.

A final sail with veterans

It’s the 60th Anniversary of Dunkirk.
Skylark IX takes veterans for a final sail
before the Dunkirk Veterans Association (DVA) winds up due to members’ age. A Dunkirk Transept celebrating the ‘Dunkirk Spirit’ is dedicated at Jamestown Church. Artwork featuring veterans with Skylark is hung in the ‘Dunkirk Aisle’.

Spotted by her Wartime Commander

Charles Alfred Fairman, Skylark IX’s wartime commander at Poole (1941), recognises his former vessel whilst on holiday at Loch Lomond and, we believe, tells John Sweeney that he too saw Skylark at Dunkirk in 1940. Local Remembrance commemorations are now weekend long.

A symbol of weekend long Remembrance

As Skylark IX becomes an established vessel of Remembrance, local commemorations move from Helensburgh to Balloch for
services onboard and at Jamestown Church. According to the Lennox Herald: ‘For many, the highlight…. (is) the trip on the Skylark’ and scattering of poppies or setting wreaths on the water’.

John Sweeney is now the first owner since Jake to connect Skylark IX with Dunkirk. He begins giving free Remembrance Day trips for local veterans and Skylark IX begins to acquire a new emotional and local
significance as a floating symbol of
commemoration and wartime sacrifice.

Recognised by a veteran

Colin White of the Dunkirk Veterans
Association (DVA) Glasgow and West of Scotland Branch, recognises Skylark IX from Dunkirk during a walk or commemoration event at Balloch. Whether he tells John Sweeney or the Lennox Herald, which
interviews him, or both, we don’t know but the word is out!

Sold to Sweeney’s of Loch Lomond

Skylark IX is sold to Sweeney’s Cruise
Company Loch Lomond, a family business founded in the 1880s. They transport her to Loch Lomond on a low loader and our
pleasure boat slips into the Loch for the longest and last chapter in an eventful
working life.

Skylark IX comes loose from moorings yet again but, this time, it is thought the ropes are unfastened deliberately. Undamaged, she lodges in sand a hundred yards from Fisherrow Harbour. ‘It’s not the sort of thing you expect to see at the bottom of your
garden’ jokes one local. 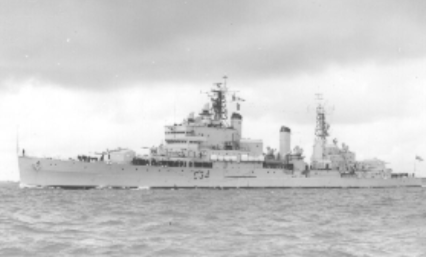 On a trip from Portobello, Skylark IX ‘bumps into’ wartime veteran HMS Lion in the Forth. The young skipper Angela Fotheringham
recalls: ‘It was only a touch but enough to bring a shout from the deck. Fortunately, all they wanted was for us to post a letter to them!’

From the late 1950s, Skylark IX features in many fond childhood memories. As well as launching from a portable jetty at Portobello Beach alongside deckchair hire and donkey rides, she cruises to Inchkeith and Inchcolm from Burntisland and possibly serves as a rescue boat at Portobello saving at least one yacht from grounding.

Serving as an emergency ferry

… as a temporary emergency ferry between Granton and Burntisland when the Forth Rail Bridge closes during the National Rail Strike. The fare is 1/6d with preference given to those with relatives or friends in
Edinburgh hospitals. Skylark is soon fitted with plastic screens to protect passengers during rough crossings!

Sold to Edward and Andrew Brown of Portobello

Skylark IX leaves Morecambe for Scotland when purchased by Edward and Andrew Brown, brothers from a well-known Forth seagoing family operating in Burntisland and Portobello. They buy Skylark either now to replace older rides at Portobello or….

Storms damage Skylark IX again but, this time, with a ‘broken back’ she is deemed
unseaworthy and written off. William Whewell Hogarth, another enterprising
fishing vessel owner and pleasure boat
operator, sees ‘her main bulk withstanding further heavy seas’, buys her and the
Morecambe Guardian exclaims: ‘Skylark will sail again’!

Morecambe suffers the worst gale in 15 years. The resort floods and the Yorkshire Post announces: ‘The Skylark, Morecambe’s biggest pleasure boat, breaks free from her moorings and runs aground two miles away.’

Skylark IX is sold to Joseph Gibson Timms of Morecambe, a brave character decorated for saving a sinking ship by blocking a hole with his body. He sails his new open boat 900 miles, ‘the long way round’, to
Morecambe, probably Skylark’s longest
single voyage and first trip past Dumbarton!

Back to pleasure boating at Bournemouth

Skylark IX slides into the Bournemouth
waters again and is probably one of the first seaside pleasure craft to resume cruises
after the war. Jake’s business is changing though. Bolstered by years of Admiralty work, employing 800 men and women at the peak, his focus turns to his boatbuilding yard.

At Poole Harbour, owners of trawlers, ferry boats, motorboats and yachts are told to
refuel ready to sail to Dover for Operation Dynamo. Jake’s Skylark VI (pictured), VIII and IX set sail in the small flotilla leaving
later that day. We assume all three vessels are crewed by naval personnel.

26 May – The mass evacuation of Dunkirk begins

The first ship to sail to Dunkirk is the Mona’s Isle, an ideal choice as it had been built as a cross channel ferry at William Denny and Brothers’ shipyard. It leaves at 21.16
returning the following day with 1,420
troops onboard.

10 May – Private craft are requisitioned for defence

With the German invasion of Belgium,
Holland and France, the Admiralty begins the process of requisitioning private craft for defence. This information becomes key when small vessels are needed to transport soldiers onto larger naval ships during
Operation Dynamo, the ten day mission to save 338,000 Allied soldiers from Dunkirk.

All beaches and estuaries close to
unauthorised civilian marine traffic. Pleasure boating ceases. A Marine ‘Flying Squad’ is formed in Poole and the Chief Fire Officer persuades the Council to buy one of Jake’s Skylarks and convert it into a fire float which he names ‘Flame’.

All aboard the Skylark IX!

Jake now holds a monopoly at Bournemouth with rowing boats, motor launches and speedboats. He has expanded into boatbuilding and builds the ninth of his eleven Skylarks at the ‘Skylark Shipyard’, in nearby Poole. A 50 foot single screw open launch with petrol/paraffin engine, Skylark IX can carry 115 passengers.

In 1907, motorised boats arrive in Bournemouth Bay. Jake, who now has his own business, Bolson, J & Sons Ltd, Poole, applies for a licence to operate from Bournemouth Pier and begins to build his sparkling white fleet. He names his vessels ‘Skylark’, already a popular name for
pleasure boats.

The growing railway network opens travel up to everyone and Bournemouth becomes one of the most successful British seaside resorts. Local fishermen like John Henry
Bolson and his sons, Jake and Charlie, seize the chance of new income taking visitors out on their boats and soon become full-time leisure craft operators.

Your support will help us preserve the Dunkirk ‘Little Ship’ Skylark IX and deliver skills training projects for people recovering from addiction or facing social isolation in West Dunbartonshire.